Our partner Canon successfully implemented Palette’s Purchase to Pay system with Kew Electrical in the UK, migrating their invoicing to an automated cycle that boosts efficiency, productivity and procedural clarity.

Kew Electrical is an independent electrical wholesaler with a network of 24 branches predominantly in the South of England, plus Belfast covering Northern Ireland. It was established in 1996 by Managing Director Geoff Kerly. They are around 300 employees and the turnover is around 70 million.

A simple philosophy of same day stock availability, handled by experienced, customer focussed staff has resulted in Kew’s success story as one of the UK’s fastest growing independent wholesalers.

Prior to the deployment, Kew Electrical was manually processing 96,000 supplier invoices for its 24 stores every year. They were handling thousands of invoices every week and the growth was not under control.

The laborous and complex process involved the manual matching of invoices to delivery notes and purchase orders. This cycle took up almost all of the accounts payable team’s time and caused delays to closing Kew Electrical’s monthly accounts ledger. Canon deployed an integrated, digital end-to-end Purchase to Pay platform to migrate Kew Electrical’s invoicing to an automated cycle that would boost efficiency, productivity and procedural clarity. Incoming invoices are now automatically captured and channelled into clear and efficient workflows for processing.

The automation of matching delivery notes, invoices and purchase orders has already resulted in an 80% improvement in Kew Electrical’s accounts payable capacity and efficiency. Moreover, the platform has the flexibility and scalability to ensure Kew Electricals can cope with a 10% year-on-year growth in invoicing volumes. 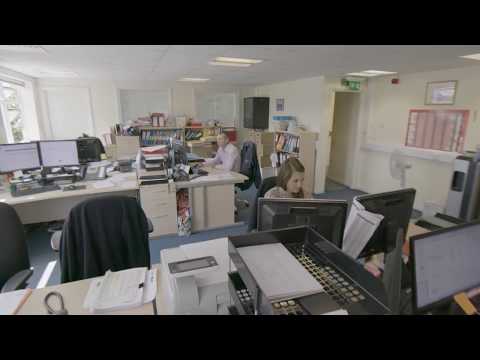